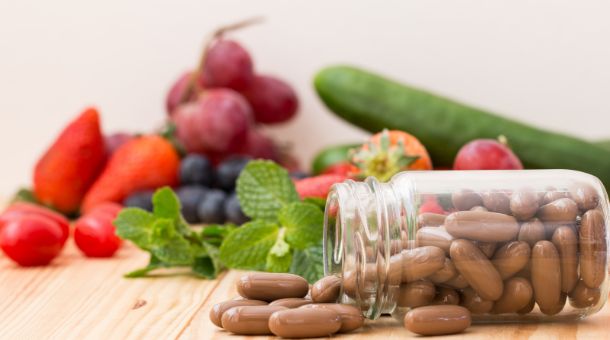 A well-balanced diet, regular exercise, and getting enough sleep are the best ways to maintain your natural energy levels. But this is not always possible, especially when you are balancing the demands of life. Fortunately, there are many supplements you can use for your energy boost. Here are the Top 5 Vitamins and Supplements That Boost Energy.

Ashwagandha is one of the most important healing herbs in Indian Ayurveda, one of the oldest healing systems in the world Ashwagandha is believed to increase energy by increasing the body’s resistance to physical and mental stress. stress and anxiety compared to those given a placebo.

They also had 28% lower levels of cortisol, a hormone that increases in response to stress. Supporting these results was a review of five studies assessing the effects of ashwagandha on anxiety and stress.

All studies found that those who took ashwagandha extract scored better on tests that measure stress, anxiety, and fatigue. In addition to improving mental fatigue and stress, research also suggests that ashwagandha may relieve exercise-related fatigue.

A study of elite cyclists found that those who took ashwagandha were able to cycle 7% longer than those given a placebo.Moreover, studies suggest ashwagandha supplements are safe and have a low risk of side effects

Rhodiola Rosea is a herb that grows in certain cold, mountainous regions. It is widely used as an adaptogen, a natural substance that improves the body’s ability to deal with stress. In one study, researchers combined and analyzed the results of 11 studies that examined the effects of Rhodiola Rosea on physical and mental fatigue in over 500 people.

11 studies, 8 found evidence that Rhodiola can improve physical performance and relieve mental fatigue. There has also been no major safety risks associate with Rhodiola supplements.

Another review concluded that rhodiola carries a low risk of side effects and may be helpful in relieving physical and mental fatigue.

Fatigue A 12-week study compared the antidepressant effects of Rhodiola Rosea with the commonly prescribed antidepressant drugs sertraline or Zoloft Rhodiola in reducing symptoms of depression, but not as effectively as sertraline.

Along with the other B vitamins, vitamin B12 helps convert the food you eat into energy that your cells can use. It also keeps your nerves and blood cells healthy and prevents anemia, which can cause weakness and fatigue.

Vitamin B12 is found naturally in various animal proteins, such as meat, fish, and dairy products. Many foods are also fortified with vitamin B12. So most Americans can meet their vitamin B12 needs by eating a balanced diet that includes.

Nevertheless, some populations may be at risk of vitamin B12 deficiency. Which occurs when the body does not receive enough or cannot absorb vitamin B12. as many as you need.

As a result, some people can increase their energy levels with vitamin B12 supplements. People at risk of deficiency include:

Conditions that affect the gastrointestinal (GI) tract, such as celiac disease and Crohn’s disease, can interfere with the body’s ability to absorb vitamin B12.

However, there is no evidence to suggest supplementation with vitamin B12 – or any of the B vitamins in this case – can increase energy in people who have adequate levels.

The body needs iron to make hemoglobin, a protein in red blood cells that carries oxygen from the lungs to organs and tissues throughout the body. Without adequate iron levels, red blood cells cannot efficiently carry oxygen to the body’s tissues. in iron deficiency anemia, which can make you feel tired and weak.

Causes of iron deficiency anemia include:

However, excessive iron intake has health risks, consult your doctor to see if iron supplements are right for you.

Melatonin is a natural hormone that plays a role in sleep. It is produce and release depending on the time of day – it rises in the evening and falls in the morning. Melatonin supplementation can be an effective way to alleviate insomnia, a sleep disorder that affects approximately 30% of adults worldwide. Chronic insomnia can make you constantly tired and low in energy. Symptoms include difficulty falling asleep or staying asleep, waking up too early and poor quality sleep.

However, it is currently unclear whether taking melatonin supplements can help reduce fatigue in people with these conditions. Melatonin supplements appear to be safe. Moreover, they do not cause the body to produce less melatonin. They are not associate with withdrawal or addiction.

153 thoughts on “Top 5 Vitamins and Supplements That Boost Energy”